Valencia Airport is located Valencia located around 10km outside of Valencia city centre in the district of Manises.

The airport has good transportation links with Alicante, Barcelona, Madrid and the Costa Blanca region of Spain.

Companies with onsite car rental at Valencia Airport are:-

Other companies including RecordGo and Dickmanns provide shuttle services to local premises.

Valencia Airport has a single terminal building with arrivals on the ground floor, and departures on the first floor. Unlike many airports it is fairly easy to drop-off passengers at the airport arrivals area, although there is a large covered visitor's car park close to the terminal building. Parking costs just over €2 per hour. 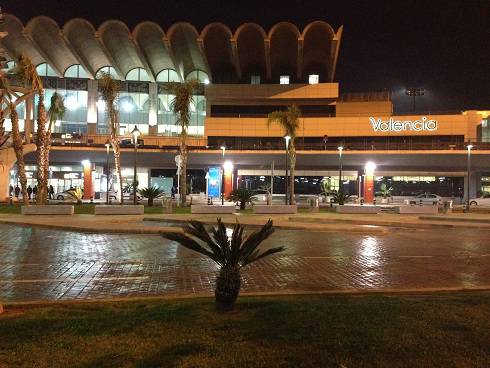 The short stay visitor's car park is sign-posted as you arrive at the airport. There is a long stay car park, but there are also companies offering off-site parking which is usually cheaper.

Transport and Taxis at Valencia Airport

There is also the local bus service (Line 150) that is cheaper than the shuttle service which connects to the central bus station, although it is slower than the shuttle. Both services operate from outside arrivals.

Valencia Airport is connected to the port area and city centre by the Valencia Metro that runs directly to the airport. If you take Line 3 from the airport you will arrive in the city centre area in about twenty minutes for a fare of about 2 €. The train runs about every ten minutes throughout the day.

If you need to get to Alicante by train, take the Metro from the airport to Valencia Estacion del Nord where you can pick up Renfe connections to Alicante, Madrid and other towns and cities.

Taxis from Valencia Airport are located opposite the arrivals entrance with a variety of different taxi services available to choose. A taxi to the city centre in Valencia should cost around €20. 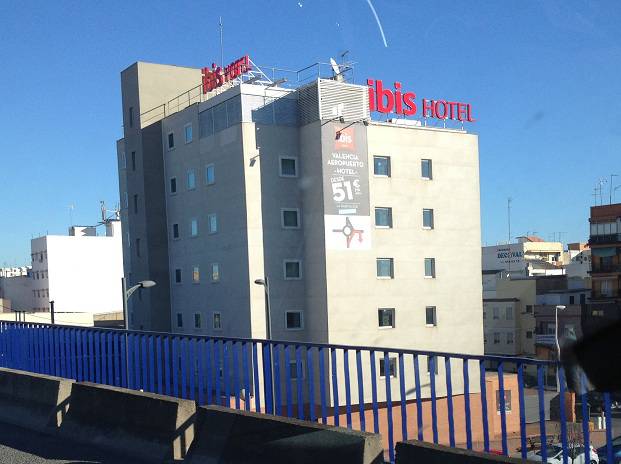 Hotel Ibis is located less than a kilometre from Valencia Airport. The hotel provides a good base if you have early morning or late night flights to catch. Rooms are available from around €50 per night.

Which Airlines Fly to Valencia Airport?

From the UK and Ireland Ryanair offer flights to Valencia from London Stansted, and seasonal flights from East Midlands, Dublin, Bristol, and Manchester, EasyJet have flights from London Gatwick.