A guide to the Andalucian capital city of Seville

If you are looking for a city break, and you are interested in architecture and culture, then Seville, the historic capital of the Andalusian region of southern Spain, would be a good choice for a weekend or possibly a longer stay. So what does Seville have to offer as a holiday destination? 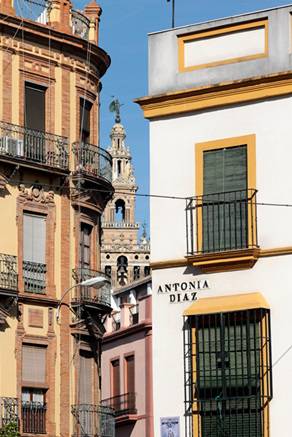 Seville is located on the banks of the Guadalquivir River, which divides the city into two districts - Seville and Triana. The river has played a pivotal role in the history of the city and its surrounding regions, and it was here that the riches of the New World arrived. Now the riverbanks of Seville are home to many bars and restaurants where tourists and locals mix and enjoy this vibrant city.

Anyone who visits Seville will be impressed by the city's architecture. From the stunning beauty of the Moorish buildings and gardens of the Alcazar to the Art Deco inspired Plaza de Espana, wherever you go in Seville the architecture catches the eye perhaps more than in any other Spanish city.

Seville is renowned for its nightlife - which tends to go on all night especially on Friday's and Saturdays. Seville has a large student population, and many head for the Alfafa region at weekends to party. The bars which line the Triana side of the river along Calle Betis is another of the liveliest areas at night.

Seville is renowned for its nightlife and tapas culture - which tends to go on all night especially on Fridays and Saturdays. Seville has a large student population, and many head for the Alfafa or Alameda at weekends to party. Calle Betis is another of the liveliest areas at night, thanks to the cocktail clubs and flamenco bars that line the Triana side of the river along.

If you're interested in Seville's tapas scene, you'll find that fusion restaurants sidle up to long-established neighborhood bars in the oldest pockets of the city, which caters to all taste and all budgets. Be sure to try a montaito de pringa, or a minced meat sandwich. Locals tend to eat late in the evening, so don't forget your coffee and sweet treat between lunch and dinner, called merienda.

Located in one of Seville’s busiest tourist zones the Plaza del Triunfo, the Cathedral of Seville is the third largest church in the world. Built in the fifteenth century over a mosque, it is also the final resting place of explorer, Christopher Columbus. Don't miss the golden altarpiece, the carved choir vestibules or the peaceful Patio de Naranjos.

The Alcazar which faces the Cathedral is a former Moorish palace that has traces of Renaissance and Moorish architecture within its structure. Spend time in the lush gardens, which feature different gardening styles, Arabic baths and numerous fountains. The Alcazar also hosts concerts during balmy summer nights.

Seville's newest landmark is the Metropol Parasol, billed as the world's largest wooden structure. These futuristic mushrooms are multi-purpose: apart from a killer view, the space is also home to a market, bars and restaurants and a roman tile museum.

The neighborhood of Triana, on the bank of the Guadalquivir is steeped in folklore, as it was traditionally a poor neighborhood of gypsies and sailors. Nowadays, its pedestrianized streets are full of ceramic shops, tapas bars and flamenco studios. Check out the Triana Market (Monday - Saturday) for hip eateries and the adjacent Castillo de San Jorge, which recounts Seville's role in the Inquisition.

The "Semana Santa" or the Holy Week celebrations are held in Seville the week before Easter. This is the most celebrated of Seville's spring festivals, and the solemn and sacred processions are a delight to watch.

If you prefer a lighter sort of celebration, don't miss the Feria de Abril, a celebration of drink and dance that happens two weeks after Easter Monday. Don your Sunday best and stroll the fairgrounds, though you should know that the tents are private and require an invite. 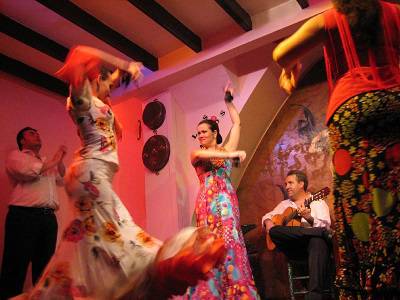 The local music of Andalucia is Flamenco, and many bars and restaurants in Seville have live flamenco music with dancers. There's also a large electronic music scene in Seville, particularly around the Alameda, and the Territorios Alternative Music festival in May is becoming a well-attended event.

Seville is renowned for its fantastic selection of tapas bars and restaurants. There are plenty to choose from throughout the city, but check the prices before ordering if you are on a budget. Tapas are best ingested with one of the local sherries or sweet wines, though beer is the most widely drunk alcoholic beverage. For something different try one of the local liqueur coffees, but don't plan on driving for a while afterwards.

Seville is also famous for its oranges - the local freshly squeezed orange juice is sold at most bars and cafes. Just don't eat them - they're bitter and are sold to the United Kingdom for making marmalade.

Recommendation: For tapas served in an authentic environment try El Rinconcillo tapas bar in the city centre. It's believed to be the oldest in the city! Also La Azotea is a modern take on traditional dishes, but with a seasonal menu. Great Spanish wine list and fantastic desserts

The climate in Seville is mild with the odd rainy day in winter, but even the winter weather is often warm enough to sit outside in the day in a t-shirt. Seville has very hot dry summers with little or no rainfall. August can be oppressively hot. The average winter maximum temperature is around 16 C, and summer temperatures are often above 40 C. Infact Seville is one of the hottest cities in Continental Europe! Try and make your trip coincide with the city's best weather in spring and autumn. 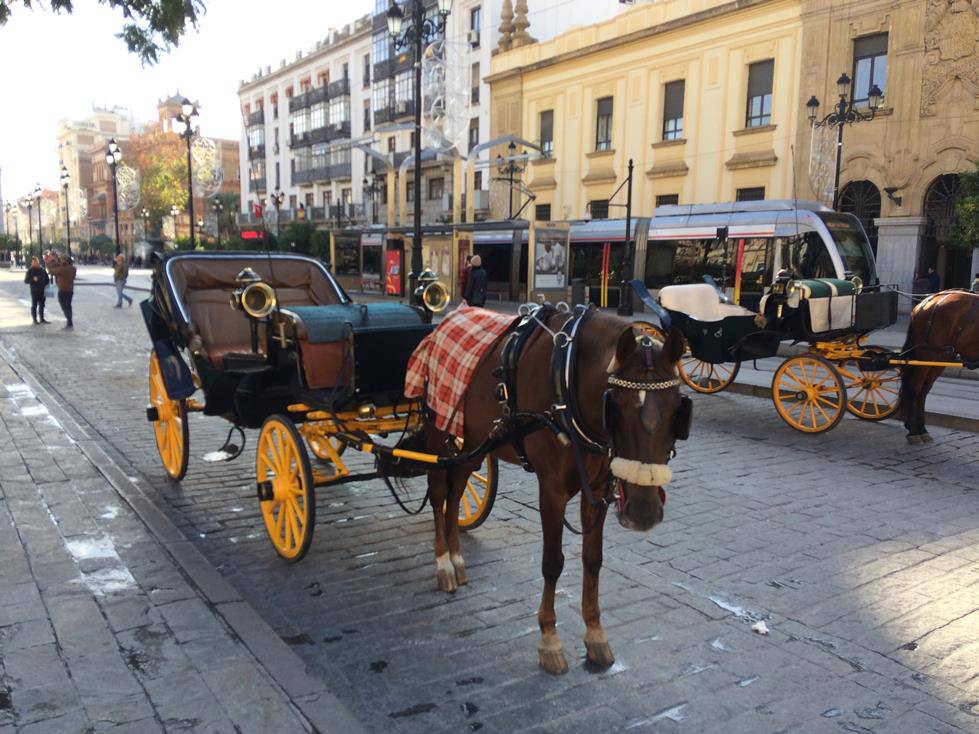 Traffic in Seville is often congested, but if you avoid the rush hours a hire car is a good way to get around the city. Seville has a small section of tram in the heart of the city and an excellent Metro system which connects surburban Seville to the city centre.

With over 150km of cycle lanes, hiring a bike is a healthy way to see the city. The cycle tracks weave through the city centre and along the side of the Guadalquivir river.

Horse and carriage tours are an excellent way to explore the centre of Seville, you can find them at most of the main attractions in the city centre.

How To Get There

Seville San Pablo International Airport is located around 10 km (15 minutes by taxi) away from the city centre. A taxi ride will cost you a fixed price of €23,50, whereas catching the airport bus, marked EA, will take twice as long and costs around €4 one-way.

Most major airlines fly to Seville airport. Ryanair fly to Seville from a number of airports including London Gatwick and Stansted. The Santa Justa train station receives many high-speed train trains, as well, connecting Seville to other Andalusian cities and Madrid.