Portugal's picturesque second city has been winning both the hearts of its visitors and fistfuls of awards as a top European destination. 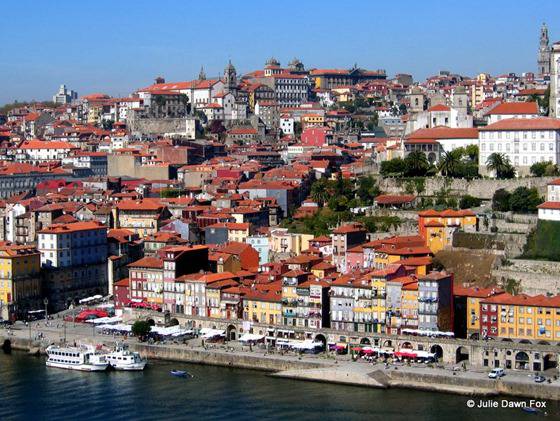 Steeped in history and bursting with colour, creativity and character, Porto delights travellers of all ages. Whether you're in the mood for stunning architecture, ancient or modern art, typical Portuguese food or ingenious international dishes, pretty parks or rugged beaches, Porto is the place to come.

With its prime position at the mouth of the Douro river, the beaches of the Atlantic coast are within easy reach of Porto's city centre. Brightly coloured houses and ancient monuments spread uphill from the banks of the river. On the opposite bank, in Vila Nova de Gaia, port wine cellars provide tours and tasting sessions to introduce newcomers to the city's most famous tipple.

Eating options range from simple street-grilled sardines and cosy family restaurants to the Michelin-starred The Restaurant at the award-winning Yeatman Hotel. Similarly, you can choose to spend the night in a former palace, a swanky design hotel or a friendly hostel. Or rent an apartment for your stay but be sure to try at least one of the local dishes before you leave.

Culturally, there's a great deal on offer throughout the city. Not only does Porto host several major music and arts festivals, it also attracts big name bands and musicians to its many venues. As for nightlife, you'll find plenty of bars and nightclubs clustered around Rua Galeria de Paris where you can party in the street or dance the night away in relaxed style. 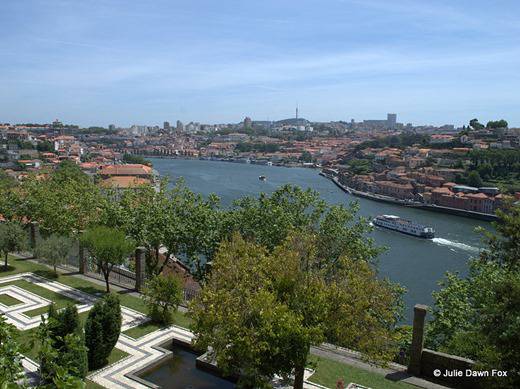 Porto is blessed with a wealth of viewpoints, one of the best being the top tier of the Dom Luis II bridge. Just keep an eye out for passing metro trains while you're admiring the view! Other excellent spots for appreciating the city's charms are the top of Clerigos Tower, Passeio das Virtudes and the enchanting Jardins do Palacio Cristal.

The Se, or cathedral, offers two treats in one. The views from its terrace are spectacular but those who venture inside and visit the cloisters will be rewarded with Gothic architecture, azulejo panels and superb decorative craftsmanship dating from the 16th to 18th centuries.

If you like azulejos, the traditional, handpainted wall tiles which grace the facades of many Portuguese buildings and decorate stairways, rooms and corridors, you will love Sao Bento train station. For marvelous inlaid wooden floors, decorative ceilings, stonework and Islamic-style plaster, the former stock exchange, Palacio da Bolsa is a worthwhile stop. For more contemporary art and beautiful grounds, head to the Serralves museum.

A trip to Porto would hardly be complete without tasting its famous port wine. You can try port in dedicated bars in Porto but to get a better understanding of what makes this fortified wine so special, and the significance of the Douro river and valley, you should take a tour in one of the port wine cellars across the bridge in Vila Nova de Gaia. You could combine this with a 1-hour boat trip that takes you under 6 of the city's bridges. 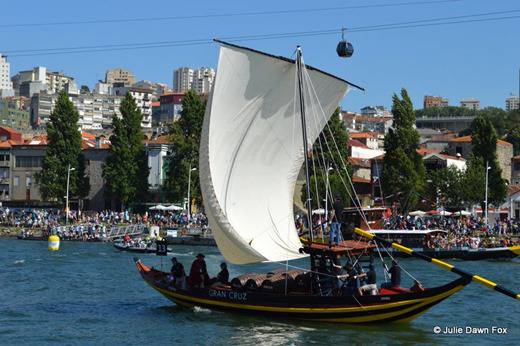 June is a particularly good month for visiting Porto if you like all night parties and festivities. On 23rd June, the city is full of people who find strange ways to celebrate the life of St. John the Baptist. Midnight firework displays, grilled sardines and street concerts may not be particularly unusual but hitting each other with leeks or plastic hammers most certainly is. Stick around for the following afternoon to see the annual Rabelo Regatta. Rabelos, the traditional wooden boats which used to transport the wine from the vineyards in the Douro valley to the port cellars in Porto, race from the mouth of the Douro to the Dom Luis bridge.

Portuguese food tends to be quite hearty but the Francesinha, which originated in Porto, is an extreme sandwich. Between slices of bread, you'll find layers of ham, cheese, meat and egg. This is topped with melted cheese and served swimming in a beery sauce as a main meal, usually with a plate of chips on the side.

Another Porto speciality which is not for the fainthearted is tripas a moda do Porto (tripe, Porto style). It's essentially a bean stew containing tripe and other meaty morsels. If you'd rather have seafood, head to the Matosinhos district where you'll find the city's best fish and seafood restaurants.

Wine connoisseurs will find themselves spoilt for choice in Porto. Some of the finest wines in Portugal as well as Port are produced in the lush Douro Valley which is located around 100 miles to the east of Porto. 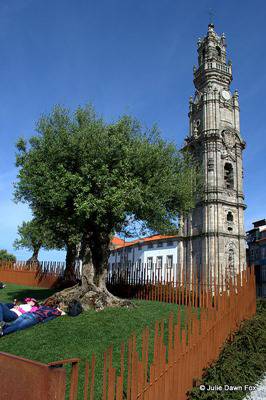 Being in the north of Portugal, Porto is usually a little cooler than Lisbon although it still enjoys plenty of hot, sunny days. It's a good idea, even in summer, to bring a light sweater or scarf for boat trips or evening walks on the river or seafront. Be prepared for changeable weather all year round and wrap up warm in the winter months as it can be blustery, wet and chilly.

If you want to stay centrally expect to pay around € 40-200 per night depending on the time of year and location. For an up-market location try Pousada do Porto, Palacio do Freixo overlooking the River Douro, and remember to ask for a river view. There are plenty of budget hotels and pensions in the city centre such as the highly recommended Hotel Quality Inn Praca da Batalha which can be booked for as little as € 40 in the quieter months.

An ever-increasing number of airlines fly into Porto airport on a regular basis, often for budget prices. You can even fly there from Lisbon or Faro. Driving to Porto from most destinations, including Lisbon and Spain, is quite straightforward as it is well connected with major motorways. You may want to use a GPS navigation system to help you find your way once you get closer to the city though.

Protected wetlands at Salgados in the Western Algarve are under threat from a large tourist development.

Please take a few minutes to sign a petition to help protect one of the Algarve's few remaining wetland nature reserves.