Murcia's San Javier Airport is a single-terminal former passenger airport located on the coast close to the small town of San Javier on the Costa Calida. The airport is used as a military airport in the weekday mornings, and a civilian airport in the afternoon and at weekends.

Murcia airport offers easy access to the AP7 which connects to Alicante, Murcia and Torrevieja to the north, and Cartagena, Mazarron and Almeria to the south. 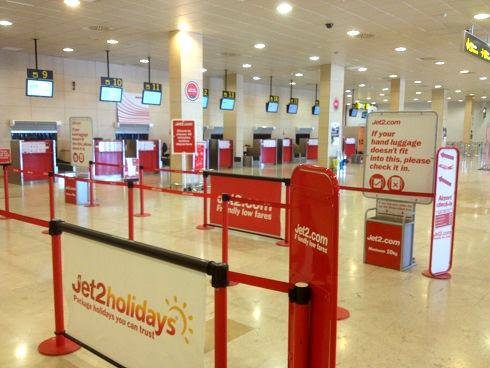 At Murcia airport the arrivals and departures are located in the same single floor terminal building. The airport has undergone significant investment in recent years with around €60 million being invested to improve the runway and airport terminal facilities.

For visitors to the airport there is a cafe-bar in the main arrivals hall, and there are also tables outside the front of the building where you can wait and enjoy a drink in the sun if you arrive early for a flight.

There is a large car park at the front of the terminal building which is used for both short and long-stay parking.

Murcia Airport has an airport information desk run by AENA, located in the departure hall. The AENA contact number at Murcia Airport is (0034) 902 404 704. Here you will also find a "Sin Barreras" (without barriers) point where people with disabilities can receive help boarding flights, a medical point, police desk and a small restaurant.

Being a small, regional airport, Murcia has limited transportation links. There is no train station, so you are left with the choice of rental car, taxi or bus. 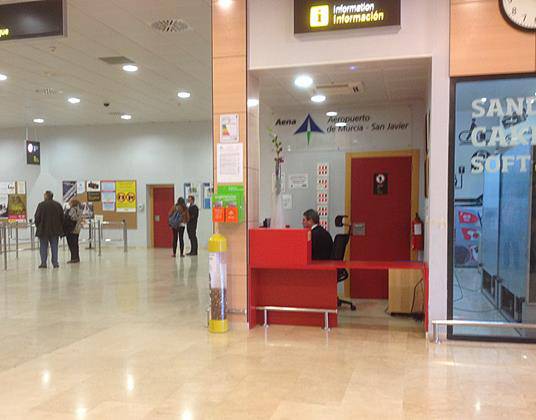 Bus services at Murcia airport are very limited. There is a single bus service (Bus 70) run by Latbus (unfortunately the Latbus website is only in Spanish) which runs from Campoamor on the southern outskirts of Torrevieja via Murcia Airport then in land to Murcia city. The bus also stops at the local town of Santiago de la Ribera where you can pick up connecting bus services to Alicante, Cartagena, Lo Pagan, San Pedro del Pinatar and Torrevieja (although if you are going to Torrevieja you can change at Campoamor).

There are a number of budget airlines operating at Murcia Airport, many from the UK, making it a cost effective choice with only about a 2-2½ hour flight time from the UK.

The closest hotels to Murcia Airport are located in the nearby coastal resort of Santiago de la Ribera. Hotel Ribera and Hotel El Marino (both 2 star hotels) offer sea front accommodation with fantastic views over the Mar Menor for very reasonable prices of around €50-60 per night.

Despite the construction of a new "state of the art" airport at nearby Corvera which was intended as a replacement for San Javier, financial problems have prevented the newer airport from opening, and Murcia Airport remains on the flight schedule of most of the low cost airlines.

The city of Cartagena is under half an hour's drive from the airport if you prefer to stay in a city location. City centre hotels such as the popular NH Cartagena on the waterfront cost around €70-80 per night.