The Mazarron region is located approximately 40 minutes from Murcia International Airport in Corvera and a similar distance south of Murcia city. For anyone wanting to avoid the busier resorts of the Costa Blanca and Mar Menor, the Mazarron region has plenty to offer visitors and has some of the most spectacular coastline and idyllic beaches in south eastern Spain.

Mazarron has become more popular with foreign visitors over the last 10-15 years due in part to the large inland developments (or urbanisations) to the north of Mazarron, the largest of which is Camposol where mainly British but also German, Dutch and Scandinavians own property.

Mazarron is set in an arid, almost desert-like terrain and due to the lack of rainfall the landscape is more barren than a couple of hundred kilometres to the north. There are areas used for growing fruit and vegetables, but much of this is done under covered greenhouses which offer protection from the summer sun, but at the same time help to retain precious water. 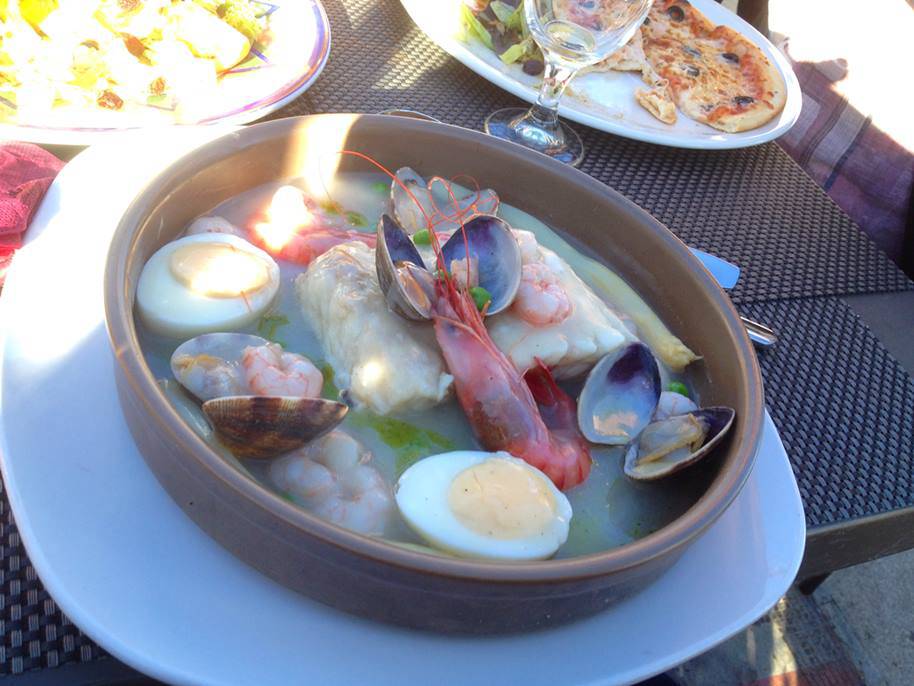 Puerto de Mazarron is the main tourist area in the municipality of Mazarron and is especially popular with Spanish tourists, many of whom work in the larger cities of Murcia and Madrid, but own properties on the coast, or holiday here in the summer.

The focal point for tourism in Puerto de Mazarron is the town's main beach and marina. There is an underground car park next to the beach, but in July and August parking here can be difficult and the beach gets very busy. Alternative parking is located away from the beach in a large car park on the Puerto de Mazarron to Bolnuevo main road (a 5-minute walk to the beach).

The beach in Puerto de Mazarron is composed of slightly coarse sand but is popular with families with children due to the gentle gradient of the water.

There are a plenty of bars and restaurants with outside eating areas close to the main beach on the large promenade, but if you head in the other direction alongside the marina there are some excellent seafood restaurants which are popular with the locals, two of the most popular being Gula Gula and Viggos. A meal for 2 people at Viggos including a bottle of wine shouldn't set you back more than € 40. Viggos has an excellent selection of local fish dishes and specialises in thin crust Spanish style pizzas which are ideal for vegetarians offering excellent value at around € 5-7.

However many places offer Menu del Dia for € 10 per person including a drink.

For something different, traditional churros dipped in chocolate at Churreria Carranaca make a great snack (the bar is only open Friday and Saturday mornings in winter). 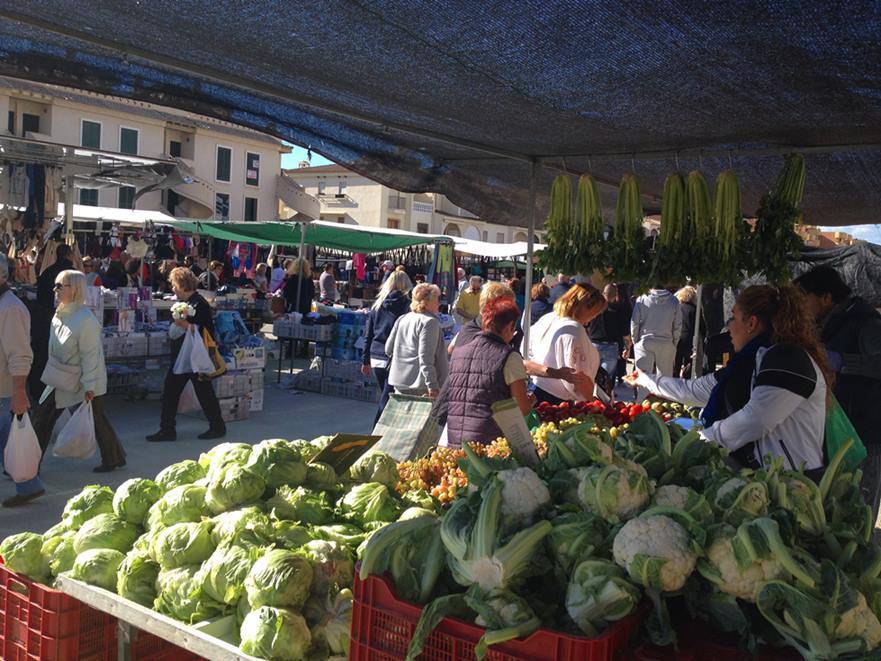 Puerto de Mazarron has an interesting array of shops, ranging from designer boutiques to low-cost Chinese hypermarkets and animal welfare charity shops (which have started to spring-up over the last few years with the arrival of the British and German residents).

There is a busy Sunday outdoor market held in the streets below the Hotel la Cumbre. The market is a bustling affair selling fruit and vegetables, cheeses, clothing, jewellery, locally made ceramics, bags and baskets other regional produce. It is advisable to ask prices before purchasing, as unscrupulous vendors will charge higher prices to tourists. Also select your own fruit and vegetables to avoid being palmed off with lower quality produce. Also watch bags and wallets although there is usually a local police presence.

There are bars and clubs in Puerto de Mazarron, but it is essentially a family resort, and anyone hoping for a lively nightlife should possibly look elsewhere. The exception is mid-summer (August) when the bars and clubs are busy at weekends until the sun rises.

Viggos Cerveceria and Pizzeria on Puerto de Mazarron marina serves some offer a 5 course Menu del Dia including a drink at the value for money price of €10 (not available on Sundays).

Another popular restaurant is Restaurante Wok which offers Chinese buffet style "all you can eat" menus for around € 10 including a "free" bottle of wine. 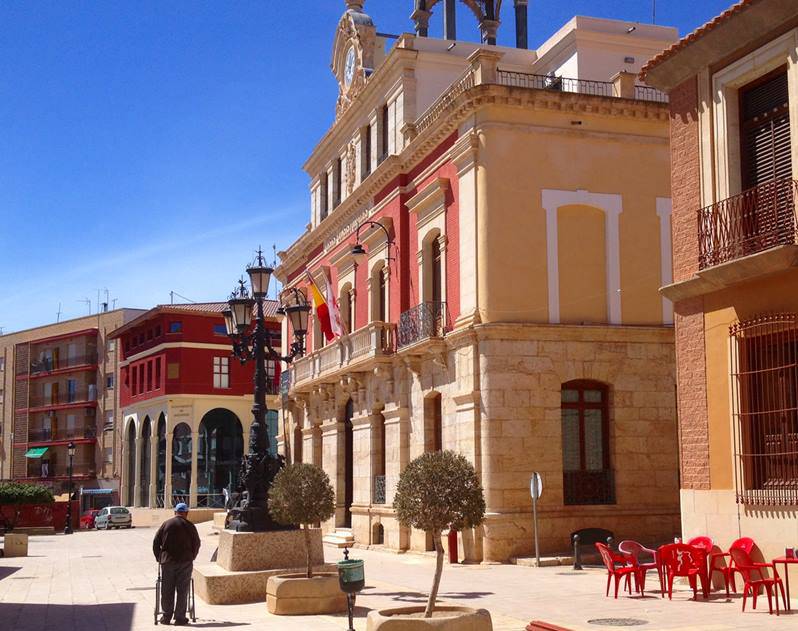 The former mining town of Mazarron is a typical working Murcian town located around 7 kilometres in land from Puerto de Mazarron. The town narrow streets and main plaza are typical of many south-eastern Spanish old towns, but unlike the port area, there is little in the way of tourism, and the town is probably wouldn't be most people's choice as a base for a holiday.

The Murcia Today website provides an excellent history of Mazarron detailing the towns Roman and Moorish influences through to the more recent mining and fishing heritage.

There are plenty of local tapas bars and restaurants set around the town's main plaza, and prices here are cheaper than on the coast.

The town hall (ayuntamiento) and surrounding buildings are some of the best examples of traditional Spanish buildings in the municipality.

Gardeners and plant enthusiasts will enjoy a visit to the Mastia Botanical Gardens located on Avenida Juan Carlos 1 to the north east of Mazarron town centre. The gardens were designed as a learning aid for children but provide an interesting insight into the plants of the region which survive on very low amounts of water. Opening times are 10-13.00 weekdays only.

A good day to visit Mazarron is on a Saturday when there is an outdoor market held in the main square from 8AM to 2PM.

Some of the best beaches in Mazarron surround the town of Bolnuevo which is a couple of km to the west of Puerto de Mazarron. The beaches in Bolnuevo are sandy close to the water, but most have a dark, coarser quality of sand away futher from the water. 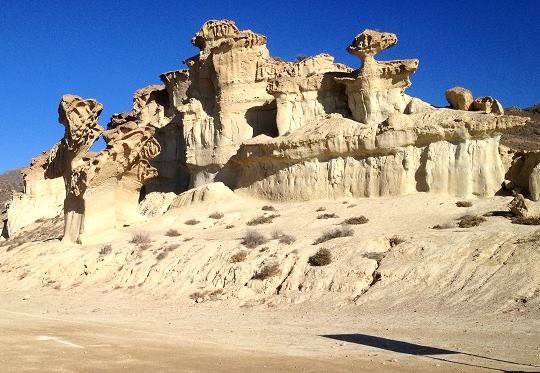 The sea gets deep quite quickly on the main beach (across from the limestone formation), so children will require supervision. If you head to the west of Bolnuevo there are less accessible beaches which are popular with naturists and walkers.

Bolnuevo is an excellent base for a walking holiday, with beaches stretching for miles to the south. The main attraction in Bolnuevo is the striking limestone rock formation which has been hewn out of the rock by the elements over the years.

Bolnuevo has a large camp site close to the beach and is open throughout the year, but the resort is very quiet from autumn to spring as many of the properties are owned by summer migrants from Madrid and other Spanish cities. There is little in the way of nightlife in Bolnuevo other than the Oasis de las Palmeras resort which gets busy in summer- head over to Puerto de Mazarron if you are looking for nightclubs and late-night bars.

Prices for eating out in Bolnuevo are excellent value with many of the restaurants such as Rincon de Elias and Elliots Bar offering "Menu del Dia" for around € 9-10 per person including a drink. Oasis de las Palmeras at the far end of Bolnuevo beach has a good selection of tapas. Cafe Colonia has the best croissants, pastries and cakes in Bolnuevo. 2 croissants with coffees costs around €5.

A few kilometres to the west of Puerto de Mazarron is the expanding beach resort village of Isla Plana. The main Blue Flag beach is sandy and good for children, although some of the nearby smaller beaches are stony and less popular with families. There are a few bars and restaurants in the resort, but the area is very quiet for most of the year. 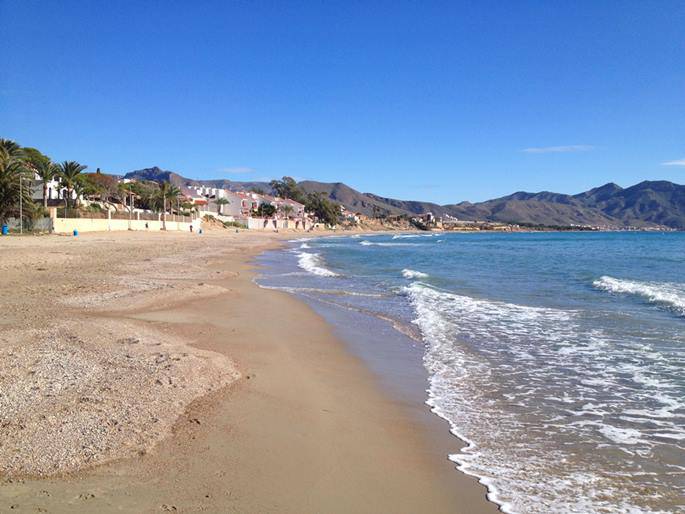 Isla Plana has a number of developments under construction and the area is especially popular with retired foreign tourists from Germany and Scandinavia who own properties here. There is also a campsite which is open throughout the year.

A 15-minute drive from the coast, Camposol is a large urbanisation built in 4 sectors with many full-time residents from the UK, Germany, Holland and Scandinavia. The urbanisation has a very British feel and is a low-cost alternative to a beachside holiday.

There are plenty of shops including a large Consum, several bars and restaurants, a post office and a large Chinese shop. Most of the bars and restaurants have British owners. There is a public swimming pool on Sector A which is open in the warmer months. In summer ensure you rent a villa with air-conditioning and ideally a pool.

The climate of Mazarron is arid Mediterranean, and even in winter most days are relatively warm and usually sunny making the area attractive to foreign visitors throughout the year.

Summers can be oppressively hot, especially inland where temperatures reach 30-35 degrees most days, and 40 is not uncommon. From November to March nights can be cold, with the possibility of a light frost away from the coast.

Things to do in Mazarron

Due to the warm climate, Mazarron is a great location for outside pursuits such as walking, cycling, watersports, sailing, diving and of course golf. The Camposol Golf Club is 15 minutes from the coast by car. The club has an on-site bar and restaurant with an outside terrace offering some of the best views in Camposol. 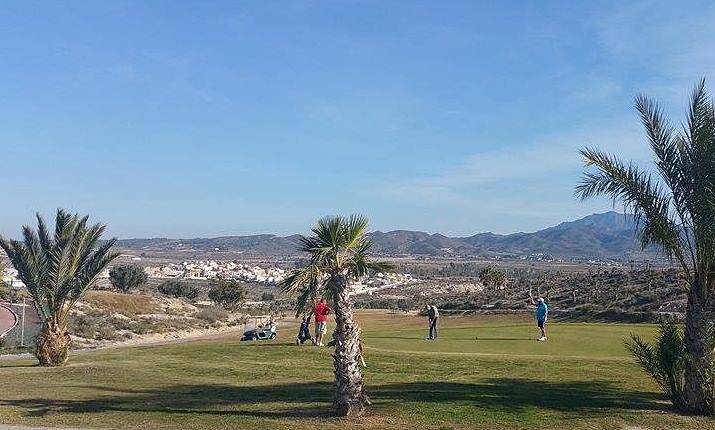 The Bay of Mazarron is a popular diving site, and there are several diving centres in the area offering courses and scheduled dives for all levels of participants. The small marina at Puerto Deportivo has sailing berths and a diving school (www.buceohispania.com).

There are plenty of boat trips on offer from Puerto de Mazarron, including dolphin and whale watching excursions.

There is no train service at Mazarron, Totana is the closest rail station with connections to Barcelona (8 hours), Madrid (4 hours) and Valencia (4 hours).

Most visitors to the Mazarron region choose to stay close to the beaches and tourist areas in Puerto Mazarron and Bolnuevo.

The best views of Puerto de Mazarron are available from the luxurious Hotel La Cumbre set on the hill above the town. Bolnuevo has several larger hotels including the Hotel Bahia which overlooks one of the towns many beaches and the Hotel Playasol which is popular with coach parties from Northern Europe in the winter months. The Oasis de las Palmeras is ideal for families having a large pool and tennis court and located across the road from the beach. For golfers the former Hotel Sensol in Camposol should be re-opening in 2019. The hotels in Mazarron are surprisingly cheap especially outside high season (July to August).

The inland urbanisations of Camposol and the Mazarron Country Club offer value for money rental villas if you don't mind being a 10-15-minute drive from the coast.