By Matt May edited and updated by Molly Piccavey

Largely overlooked by tourists, and considerably less developed than the neighbouring Costa del Sol, the Costa Tropical is an area of Andalusian coastline which has an idyllic climate, wonderful beaches and some of the most compelling scenery in southern Spain.

Costa Tropical is the name given to the coastline of the province of Granada. The Costa Tropical located in Andalusia, begins west of Almeria, and ends in the east at the resort of La Herradura. Much of the coastline of Costa Tropical is not as geared to tourism as the Costa del Sol; partly because of the distance from Malaga airport, and partly due to the less developed coastal access roads. However, if you are looking for a European holiday destination with a blend of spectacular beaches and scenery, warm weather and attractive seaside resorts which cater for tourism but haven't been overly-developed, the Costa Tropical is worth exploring as a holiday option. 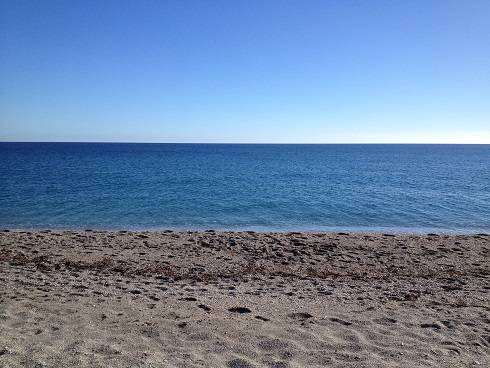 Prices tend to be a little cheaper on the Costa Tropical than the Costa del Sol, so if you are looking for a value for money beach holiday then do consider this area.

A large proportion of the Costa Tropical coastal strip is still used for growing produce such as peppers in huge polytunnels and greenhouses, or avocados and olives on the undulating hillsides which lead down to the coast.

The eastern side of Costa Tropical is historically less developed than the west, as the roads were less accessible until recently, when the motorway was extended eastwards. Many of the small coastal towns along the Costa Tropical produce revenue from farming rather than tourism. As you head west, small towns such as Calahonda have long, sandy beaches where you won't have to fight for space, even during the busy summer months. 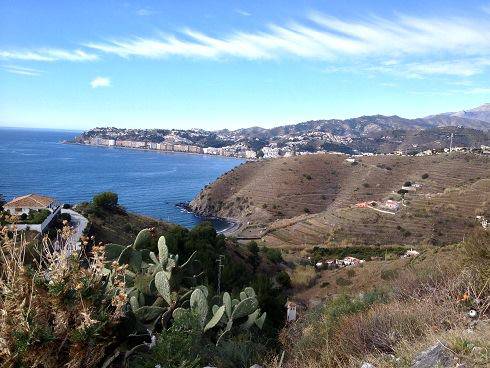 Here is a quick guide to help you choose a suitable Costa Tropical resort:

Below is a guide to some of the main resorts of the Costa Tropical. 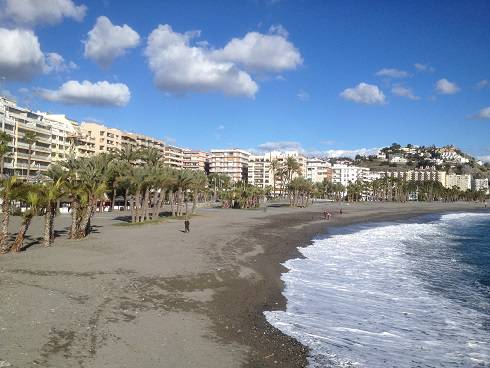 For a lively resort which is ideal for families, Almunecar is a good choice for a base. There is no shortage of Blue Flag beach space at Almunecar, with Puerta del Mar beach in the town centre lined with clubs, bars and restaurants. The beaches at San Cristobal / La China at the western side of Almunecar are somewhat less developed, but easy to walk to from the town centre.

There is a very attractive promenade at San Cristobal beach (Paseo de la Caletilla), which has some of the best kept trees and flowers on the Costa Tropical. La China beach overlooked by the impressive Castle of San Miguel is at the most up-market end of the town, and has a very attractive promenade with wonderfully maintained sub-tropical flowers. There are lots of cafes and bars with outdoor terraces around this part of town too.

For families with children, Aqua Tropic water park on the sea front is walkable from the town centre. The park is open from June to September and is priced at just under € 20 for adults and15 for children for the day. See the AquaTropic Water Park website for more details as there may be special offers and family value tickets available.

For something different the Bonsai Garden Museum in Almunecar has an impressive collection of trees set in ornate surroundings. Smaller children will love the Park Loro Sexi, a park with birdlife and colourful parrots. The Acuario de Almunecar has manta rays and local sealife to see right up close. (Address: Plaza Kuwait, Almunecar)

If you prefer a very quiet resort then Calahonda in the east of the Costa Tropical is the perfect destination to escape the holiday crowds. The small town is a good couple of hours from Malaga Airport, so a car is almost a necessity. The large beach has a very shallow gradient so is perfect for children, although some areas are stoney. It´s a good idea to wear waterproof shoes if you have them. 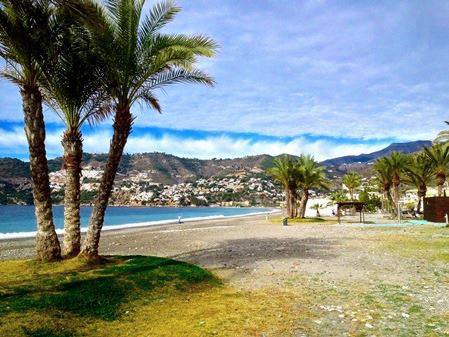 The sea water is also a little warmer in Calahonda than to the west, so you can swim on warmer days during most of the year. There is a bar/restaurant on the beach where you can escape from the sun, and the small town is walkable from the beach in 5 minutes.

La Herradura to the west of the Costa Tropical is another quiet resort with a huge sandy beach. Many of the beaches have dark-coloured sand which appears at first glance to be dirty, but the colouring is due to the dark colour of the rocks in the area. The beach at La Herradura is flat and sandy, and is lined with cafes, bars and restaurants.

Marina del Este is a boating marina and part of La Herradura. This small port has small and medium sized boats moored and a few restaurants along the harbour side. There is also a small beach to one side of the marina. It is possible to take a boat ride from here out along the coast to the Maro Natural park.

Playa Cantarrijan just to the west of La Herradura is small beach situated in an idyllic location, and is mainly frequented by locals. There is a very popular restaurant (Restaurante la Barraca) located on the beach. Here they often have live music on summer evenings. Parking here is limited in the summer. This beach is a renowned nudist beach, so may not be suitable for everyone. 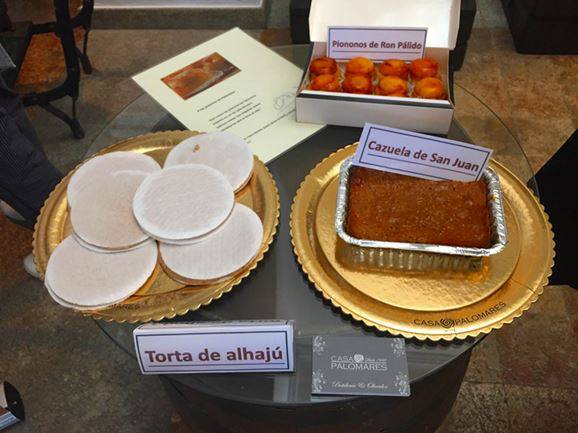 The largest resort in Costa Tropical is the town of Motril which is a typical Spanish coastal resort. Appearances can be deceptive, and when viewed from the N340 coast road the towering apartment blocks and industrial port look rather uninviting. However, if you are looking for an authentic Spanish resort, with plenty of shops, bars and restaurants then Motril is worth considering (although it is very quiet in Winter).

Check out the Casa Palomares bakery for delicious cakes and typical Piononos made with the local rum, Ron Montero. Free guided tours of the Ron Montero Rum Factory in Motril provide a fascinating insight into how rum is produced from local sugar cane watered by the Guadalfeo river.

The busy port in Motril also has the attraction of cruise ships, fishing boats and navy vessels to view from the shore. Many of the cargo ships transport locally-grown fruit and vegetables around Europe.

Playa Granada is the most attractive area of the coastline in Motril and has some beach “chiringuitos” along the shoreline. There are also some restaurants and bars here which are livelier in summer months. This beach also has a Blue Flag. The largest beach is Playa Poniente - a shingle/sand affair which stretches for a kilometre or so towards the port.

Awarded its Blue Flag in 2017, Torrenueva is a small town next to Motril with two beaches La Joya and Playa de Torrenueva. They celebrate their fiesta on 15 and 16 July each year with a traditional procession through the streets and into the sea.

Things to do in the Costa Tropical

The calm, blue waters of the Costa Tropical are very popular with scuba divers, with a number of diving centres located across the region in towns such as La Herradura. Both beach diving and reef diving are possible in Costa Tropical.

Fishing is also very popular along Costa Tropical coastline - take a look in most of the harbours and you will see swarms of large fish swimming in the clear waters. You can hire fishing tackle locally if you don't want to bring your own, and fishing day trips are available at most of the major resorts.

For golfers there are not many courses on the coast of Costa Tropical, but Los Moriscos Golf Club at Motril offers year-round golf from around €70 for 2 players. Rates are cheaper after 16.00. Other popular activities include bird watching, cycling, climbing, pony and horse riding and trekking, all forms of watersports and walking.

If you have children, there is a water park at Almunecar on the beach front. It isn't the most spectacular in Andalusia, but will keep the children happy for a few hours.

Eating out in Costa Tropical

As with most coastal resorts in Andalusia the fish and seafood is excellent. Typical on the Costa Tropical are “Quisquillas de Motril” (small prawns fished locally) and “Espetos” which are barbecued directly on the sand. 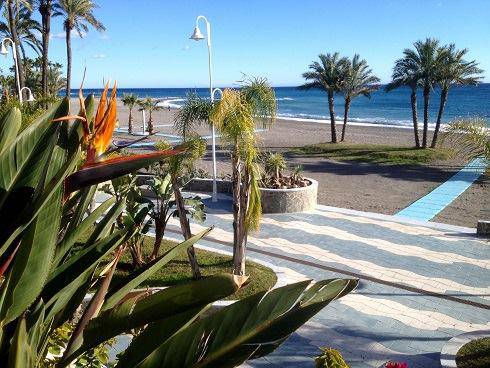 Some of the best local eateries in the Costa Tropical are:

Getting around the Costa Tropical

The E15/AP-7 is a non-toll motorway which follows the coastline of Costa Tropical from Almunecar (La Herradura side) to Malaga in the west. The road isn't the fastest due to the undulating nature of the terrain, but generally the road isn't that busy which means you can usually get from one side of the region to the other in around an hour. From Almeria to Almunecar the E15/AP-7 motorway has linked up the area with a good road making it easier than the single lane national road it previously had.

There are no train stations on the Costa Tropical, so local buses are the best option to get around if you don't have a car. There are regular buses to and from Malaga Airport to Almunecar and most of the main resorts run by Alsa. Alsa buses also run to the Costa Tropical from Almeria Airport via Almeria.