Most of the rental companies at Bournemouth do not accept American Express cards. 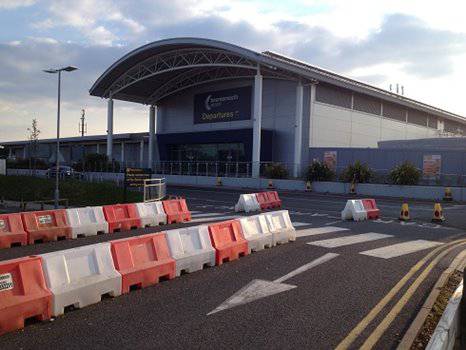 Bournemouth Airport is the only passenger airport in Dorset, and provides easy access to the seaside resorts of Bournemouth, Christchurch, Poole, Swanage and Weymouth. The airport has good transport links to the A31 which connects with the M27 to Southampton, Portsmouth, Winchester and London via the M3.

The airport at Bournemouth has seen major rebuilding over the last few years with increased flight numbers at the airport courtesy of low cost flight operator Ryanair and Tui. However, during the winter months (November to March) the airport is quieter with a reduced schedule.

Work was completed on a new arrivals building at Bournemouth Airport in 2011, replacing the portacabin which had served as an arrivals hall for a number of years.

Where is Bournemouth Airport?

Bournemouth Airport is located in Hurn which is around 6 miles to the north east of the centre of Bournemouth. 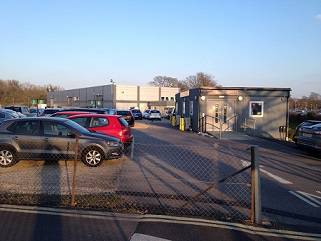 The car rental collection and return area at Bournemouth Airport is located in a compound which is a 2 minute walk from the arrivals building next to the visitors car park.

Parking at Bournemouth Airport is very expensive if you do not book in advance. Recent renovations at the airport have seen a big rise in parking prices. Long term parking which is not pre-booked is currently charged at £25 for the first day, and £20 for each additional day.

Short term parking is around £2.50 for the first 15 minutes.

Transport Links at the Airport

There is a regular bus service (A1), which is operated by Yellow Bus. This service is hardly an express service taking around 50 minutes to travel a mere 7 miles although the cost is very reasonable. The bus is often overcrowded at the airport and picks up more people along its meandering route. A taxi from the rail station in the town centre to the airport should cost around £ 20.

Bournemouth Airport has no train service, but has a bus service to Bournemouth Travel Interchange.